The 8 Limbs of Yoga - Not Just Asana 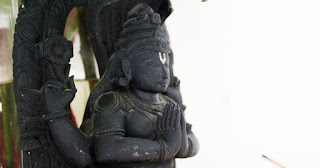 The practice of yoga goes back thousands of years, but the way it is practised has changed emphasis over the millenia.  Nowadays most of us come to yoga through the practice of asana, but when Patanjali wrote the Yoga Sutras in about 200BC the word asana simply meant 'seat' and was used to refer to the posture assumed for meditation (typically a seated lotus, siddhasana, or cross-legged position) and to the place where you sat to meditate.  Patanjali's only instruction when it came to asana was as follows:

That's it.  Sit in a comfortable and steady position and practise yoga.  For a modern yoga student, it doesn't give us much to go on... and some of us can't sit comfortably in a seated position on the floor for very long without experiencing pain... and some of us can't sit quietly with ourselves for even a few minutes without being distracted by the chattering of our minds... we need a bit more help and that came later in the form of Hatha Yoga, a system which gives us the physical exercises to get us to the point of being able to sit quietly with ourselves.

But the 8 limbs of yoga naturally occur during any good modern asana practice and contemplation of all 8 limbs will deepen your yoga practice, whatever form it takes.

The 8 limbs of yoga as taught by Patanjali are:


Some people imagine the 8 limbs of yoga as a ladder - in this analogy we must conquer each step in turn, first mastering the yamas, then moving on to the niyamas, etc. all the way through to samadhi, or enlightenment.

Another common analogy is to imagine the 8 limbs like the legs of a spider with ourselves as the body; in this analogy each limb contributes concurrently to yoga practice.

This image resonates more with my own experience of yoga practice.  Not only did I come to asana practice before I had even heard of the yamas or niyamas, but many of the concepts expounded in the 8 limbs had risen naturally in the course of my deepening asana practice before I knew or understood that they had names and had been codified by Patanjali thousands of years before.  For me, therefore, mastering each rung of the ladder in turn was not a prerequisite for experiencing a profound and transformative yoga practice.

Patanjali himself does not prescribe how we should approach the 8 limbs, so in a sense we are free to choose how we view them.  If you decide that you would like to begin by mastering the first rung of the ladder before moving on the next, then let me know how you get on - I am in awe... I fear that were I to take that option, I would spend the whole of this lifetime on that pursuit and end my days no nearer to being ready to step onto the next rung!

Over the next few weeks, I'll be writing about the 8 limbs... taking each one in turn, examining their meaning and considering how they enhance and enrich modern yoga practice.  Perhaps you'll have ideas and experiences to add to the conversation.

I think I am fairly typical - I tried yoga; it worked for me: life felt better, I felt better, and so I wanted to know more.  In seeking to know more I found that much of what I was experiencing in my practice had been described by various teachers and writers over the course of the preceding 2,500 years or so.  It's one of the wonderful things about yoga that once in a while you stumble across something that describes your own private experience so accurately that it amazes you, some of these descriptions are modern, but many of them are from ancient teachings, still as relevant today.  Those teachers from centuries past have a lot to contribute to our modern yoga practice, even if that modern practice looks very different to what they would have understood as yoga. 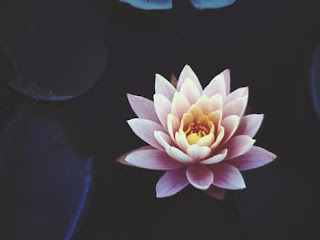